We’re bringing women to the forefront of the structured finance industry. Here’s how. 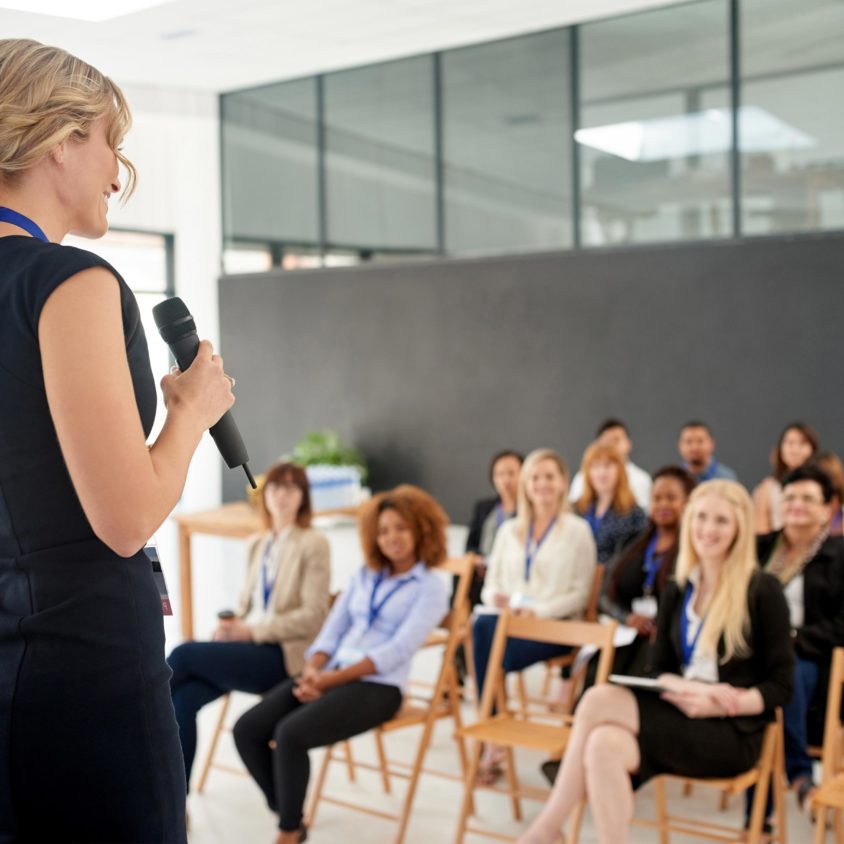 When the Structured Finance Association started our Women in Securitization (“WiS”) initiative five years ago, we were excited to create an environment in the securitization community that aimed to encourage women’s advancement through the talent pipeline, while also providing them an avenue to connect with peers, mentors, and thought leaders. We knew (not just from the data, but from some of our own personal experiences) that there was no shortage of ambition among the women in our industry, yet the numbers showed otherwise – women were not flocking to our industry, and of those who initially did, many were not staying.

Despite recognizing there was appetite for a program with this mandate amongst our colleagues, we had no idea how popular and influential WiS would become. Nearly 2,500 people have attended our WiS events worldwide since the inaugural WiS event at the SFA Vegas conference in 2015, and over 1,000 SFA members actively support the initiative. What I personally love about WiS is that it is open to everyone in our industry – regardless of job function, level, SFA membership status, or gender. The energy and passion of our WiS members has created an impressive network of successful individuals who are dedicated to providing the women in our industry a platform to share successes, helping others learn from their missteps, and supporting one another.

Today, WiS Week 2019 launches in 11 cities across the US, Canada and UK, with approximately 425 women attending the various events throughout the week. This annual program provides a unique opportunity for women to engage in candid conversations amongst one another about their experiences in the industry and connect with other women based in their regions with whom they may not normally interact. In anticipation of this week’s program, I spoke to WiS’s three co-chairs: Wendy Cohn, managing director at Fitch Ratings; Patricia Schulze, managing director at Wilmington Trust Company; and Alberta Knowles, partner at EY. They talked about how the industry is changing, the strides they’ve made at their firms and in their careers, and how what they’ve learned informs WiS’s work.

When Wendy had her first child early in her career, she wanted the flexibility to work four-day weeks so she could be there for her family while also advancing her career. As she watched her male colleagues get promoted, some colleagues told her no woman in her role had ever been promoted without working full-time.

But Wendy didn’t let that stop her. She worked hard and, in the end, got the promotion she deserved without compromising her priorities at home. Now, Wendy offers flexible work arrangements to everyone reporting to her — regardless of gender.

Wendy’s story illustrates how flexible work arrangements have helped significantly in retaining women in the industry and are vital to creating an inclusive work culture. And as a WiS co-chair, she’s sharing her commitment to building accommodating work environments and to setting the bar for representation across the board, from conferences and panels to executive committees and leadership.

“By ensuring that women are represented and included at every level, we’re establishing a standard — and others are following suit,” Wendy says. “You don’t want to be the firm that’s not stepping up, and the result is women are becoming more visible in this industry.”

WiS membership is open to men as well as women because we embrace the idea that men have to be part of the solution. That key insight became clear to Pat Schulze early in her career, when a male mentor encouraged and supported her. He got her out of her comfort zone, encouraging her to go into public speaking and become a voice of the industry.

His pep talks and concrete advice helped Pat advance to where she is in her career today.

From networking opportunities to skill-building and educational resources, the WiS initiative aims to provide women the tools to succeed in their careers. Men play a key role in ensuring that these tools are made available in their firms and that women have access to them.

“If we don’t have conversations with men and include them in this work, we’ll never be able to move anything into material action,” Pat says. “We have a number of male members on boards and executive committees at various firms who continue to give a voice to women in their organizations. They’re an important part of getting us where we need to be.”

The WiS co-chairs agreed with me that though changes in the industry are already noticeable, there is still much to be done to achieve diversity and inclusion across the board. For women who have already achieved high levels of success in their career, the WiS initiative is an opportunity to pay it forward.

“What I’ve heard from millennials, in particular, is that they want to see other women in the prestigious positions at their firms so that they can envision that same future for themselves one day,” Alberta says. “The WiS initiative has provided educational, mentoring and networking events and continues to build momentum with each passing year through the support of SFA’s members and its sponsors.”

Clearly, the WiS initiative is facilitating important change in the structured finance industry.  It’s on all of us to get involved — and stay involved — so we can go back to our own organizations and take steps towards a more diverse and inclusive workspace.

And we don’t want to stop here. The success of the WiS initiative has also inspired us to broaden our mandate to a more sweeping diversity and community inclusion initiative. Using WiS as a blueprint, we plan to cultivate a program that elevates our industry’s awareness of the direct links between diversity and better business performance, with the ultimate goal of bringing greater diversity of thought and perspective to our industry.