Bank Capital Regulations are vital to the safety and soundness of our economy – while ensuring unintended consequences do not impede economic growth.

A report on the benefits of GSE CRT programs, including direct benefits accruing the GSEs, as well as overarching benefits for the broader housing market

SFA submitted a letter to the Office of the Comptroller of the Currency (OCC) in response to its proposal concerning when national banks or federal savings associations (a “Bank”) make loans and are the “true lender”.

SFA is focused on the impact of regulatory capital and liquidity rules – whether new via proposed regulation or legislative action – and related bank regulatory developments. We are especially focused on implications for the securitization market, as well as on the follow-on effects of these policies for bank lending and availability of credit for consumers and small businesses.

SFA Responds to BCBS on Capital Treatment of Securitizations of NPLs

On August 21, SFA joined the Global Financial Markets Association (GFMA), the International Association of Credit Portfolio Managers (IACPM), and the Institute of International Finance (IIF) in a response to the Technical Amendment entitled “Capital treatment of securitisations of non-performing loans” published by the Basel Committee on Banking Supervision (BCBS) June 2020.

SFA Response to Proposed Revisions of the Volcker Rule (April 2020)

The Volcker Rule Must Not Limit or Restrict Securitization

Occasionally judicial rulings have a significant impact on the structured finance market and by direct extension, reduces a portion of the access to credit it supplies. The Madden v Midland Funding case was one of these instances.

The legal doctrine of “valid-when-made” is a long-standing principle in U.S. banking law that has been relied upon for nearly 200 years. The doctrine provides that a loan, if valid at the time of inception, cannot be deemed invalid or its terms determined unenforceable due to its transfer, sale or assignment to another person. This principle has provided certainty to lenders and other market participants who lend to U.S. consumers or supply credit to borrowers via the acquisition or subsequent financing of loans.

However, the “valid-when-made” doctrine has been called into question by the U.S. District Court for the Second Circuit’s decision in the case of Madden v Midland Funding.

Since Madden, a shadow has been cast on the ability to rely on the “valid-when-made” doctrine, and there is a broad-based view that the case was decided incorrectly, both from legal experts in the industry as well as regulators. There has been a negative impact on the credit markets, demonstrably impacting borrowers in Second Circuit sates of Connecticut, New York, and Vermont. For example, a Columbia-Stanford study shows that borrowers with FICO scores below 625 have seen a 52% reduction in credit availability since the decision. Further, this decision may affect a bank’s ability to securitize or sell loans.

Due to the significant market disruption raised by the ruling , including, very importantly, the negative impact to certain underserved consumers and small businesses access to, and cost of, credit, the Structured Finance Association has formed a Task Force to advocate for a regulatory and/or legislative action to provide the market with certainty on this issue.

“The Valid-When-Made doctrine is of crucial importance for banks’ ability to engage in consumer lending across all financial products. If banks cannot fund that lending activity by selling such assets to non-bank market participants or securitizing those assets, it will have a massive impact on the availability of credit – especially for borrowers that are at the lower end of the credit spectrum.”

Madden-Related Cases: Chase and Capital One:

Following the Second Circuit’s decision in the Madden v. Midland case, two lawsuits in New York could subject the securitization market more broadly to additional litigation that could significantly impact the lending market. What makes these cases unique is that Plaintiffs in both cases scope in Trusts and Trustees for the first time by arguing that because they securitize credit card receivables from national banks, they forfeit federal preemption and thus cannot claim a National Bank Act exemption. SFA has submitted amicus briefs in both these cases which detail the legal underpinnings of federal preemption, describe the potential harm to the market, and the impact on cost and availability of consumer credit.

Plaintiffs filed two lawsuits in the Eastern District of New York against Capital One Funding LLC, Capital One Master Trust, and Capital One Multi-Asset Execution Trust (Cohen v. Capital One) and in the Western District of New York against Chase Card Funding LLC and Chase Card Issuance Trust with Wilmington Trust named as sole trustee (Petersen v. Chase). Plaintiffs in both cases allege that the two banks violated New York state laws by setting an interest rate over New York’s current cap of 16% and seek to recoup the interest payments in excess of that rate and cap rates going forward. While both cases focus on credit card debt, SFA members warn that the outcome of these cases has the potential to impact all forms of securitized debt by potentially subjecting national banks to overburdensome state-by-state regulation. A favorable outcome for either Plaintiff could have several negative and long-lasting effects on the U.S. securitization and lending market by limiting funding sources and forcing banks to seek more financing away from securitization, thereby impacting their ability to extend credit. SFA, in partnership with the Bank Policy Institute, filed a motion on August 13th supporting the defendants’ motion to dismiss in Petersen v. Chase, and filed a brief in support of defendants in the Cohen v. Capital One case on October 4th. In both cases, SFA highlights the potential negative impact on lending markets and the cost and availability of credit for U.S. consumers and businesses.

As many people know, the purpose of Dodd-Frank’s “Volcker Rule”, finalized in 2013, was to prohibit proprietary trading by regulated banks as well as to rein in banks investing in private equity firms and hedge funds. Unfortunately, the regulations as written have had unintended consequences on the securitization market.

The Structured Finance Association’s perspective is that some of these consequences are clearly unintentional, since Dodd-Frank explicitly exempts securitization from restriction under the Volcker Rule by stating that “[n]othing in this section shall be construed to limit or restrict the ability of a banking entity or nonbank financial company … to sell or securitize loans in a manner otherwise permitted by law.” (Section 619(g)(2)). Notwithstanding this clear statutory language, bank participation in the securitization industry, whether as sponsor, issuer or investor, continues to be hampered by the breadth of the definition of “covered funds” in the 2013 Final Rule.

Recognizing the need to fine tune some aspects of the initial regulations, over the past few years, the agencies mandated with Volcker Rule implementation have requested public input and issued a reproposal. In an effort to help ensure that the final rules accurately capture the language of the statute, the Structured Finance Association (formerly SFIG) has submitted several comment letters and held many meetings with relevant regulators.

In January of 2020, the federal regulatory agencies announced proposed changes to the Volcker Rule that will modify and clarify requirements relating to the Covered Fund provisions of the Rule. These changes will ease banks’ compliance burdens and permit additional fund activities that do not present risks that the Volcker Rule was originally intended to address.

Staff and co-chairs of our Volcker Task Force previously met with the Federal Reserve, the OCC, FDIC, and SEC to discuss the securitization industry’s key concerns and recommendations, including modifications to the following:

The Structured Finance Association and its Volcker Task Force welcome the opportunity to provide further comments to the joint agencies and offer solutions on aspects of the Rule that hinder securitization and banking activities that the Rule was never intended to cover.

Commercial banks, reinsurers, mortgage insurers, REITs, and investment firms are an important source of capital in the mortgage market and help to ensure that homeowners can access affordable mortgage products. Regulators and policymakers play a crucial role in establishing the regulatory and capital framework for these investors and intermediaries to obtain capital relief where appropriate, and that they do so in a safe and sound manner. One such method for obtaining capital relief is credit risk transfer, or CRT.

CRT transactions are financing structures that involve the transfer of credit risk of all or a tranche of a portfolio of financial assets. The protection buyer will typically own the portfolio of assets, which may be corporate loans, mortgages, or other assets. The protection seller may be a bank, an insurance or reinsurance company, a trust, or other capital markets investors seeking to take on credit risk.

Since 2014, the Federal Housing Finance Agency (FHFA) has required Fannie Mae and Freddie Mac (GSEs) to engage in CRT transactions as part of their annual scorecard requirements. During that time, the GSEs have sold $22B of credit risk to the capital markets on a total unpaid principal balance of single family of $643B. The Structured Finance Association supports the fundamental principle expressed by the US Treasury that “similar credit risks generally should be subject to similar credit risk capital charges across market participants”.

This involves educating policymakers and—where appropriate—advocating for changes or clarifications to in significant risk transfer transactions. Such steps will ultimately benefit consumers as more private capital will be available to provide access to credit.

“As policymakers work to expand the use of private capital in housing finance, CRT transactions represent significant potential to expand the breadth and depth of investors able to support these efforts.”

On November 3, following its two-day Federal Open Market Committee meeting, the Federal Reserve announced it will commence withdrawing emergency stimulus support it has been providing since the onset of the pandemic

On November 2, the Federal Deposit Insurance Corporation (FDIC) announced it is launching the Office of Minority and Community Development. The new office is aimed at reinforcing the agency’s efforts to provide more capital to minority-owned banks and community development financial institutions (CDFIs).

On November 1, New York Governor Kathy Hochul signed legislation expanding the Community Reinvestment Act (CRA) to nonbank mortgage lenders. Many are classifying the latest policy move as a win for consumers who will gain greater access to credit and mortgage financing. 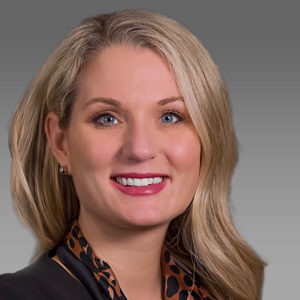 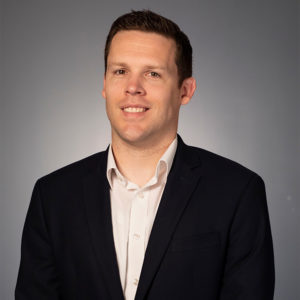