Congressional action on housing finance reform – as slow moving as the D.C. commute?

By Leslie Sack and Ben Parish 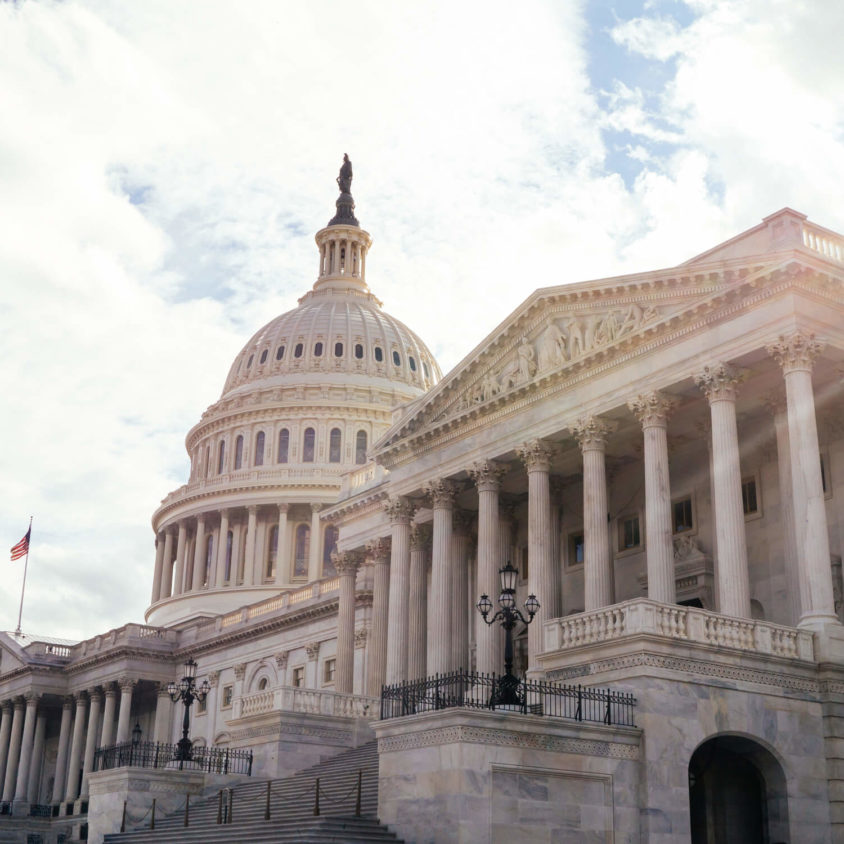 Congress is back in session this month, and so is the return of hour-long commutes and bumper-to-bumper traffic in and out of Washington. While our commutes may have slowed to a crawl, Congress is in the middle of a three-week sprint to get over the first hurdle, which is to fund the government beyond September 30, 2019.

Congressional appropriators appear committed to finding a compromise to keep the government funded and open, which will likely consist of a series of temporary continuing resolutions followed by an omnibus spending package towards the end of the year. It’s a lot of work to avoid closing out the year the way it began: With a government shutdown. But will this way of thinking carry over to other legislative priorities as well?

The current state of play, in which policymakers identify an issue and agree something should be done to address it but generally can’t settle on how to do it, is acutely reflected in issues affecting the securitization industry, namely housing finance reform. Both Republicans and Democrats are on record as advocates for housing finance reform, yet lawmakers are clearly split on the role of the Government Sponsored Enterprises (GSEs), Fannie Mae and Freddie Mac.

Just a few weeks ago, the Trump administration released its plan to return GSEs to private-shareholder ownership. While the plan lacks details, it demonstrates policy intentions and direction with unambiguous conviction and outlines both administrative and legislative reforms, indicating a preference for Congress to enact comprehensive housing finance reform legislation. Is Congress able and willing to do it?

State of Play in Congress

Meanwhile, in the Senate, Banking Committee Chairman Mike Crapo, R-Idaho, remains focused on privacy issues and could look further into the Capital One data breach. He also hopes to move a bipartisan package of securities bill which were approved by the House last Congress. However, Chairman Crapo is personally interested in housing finance reform and wants to work with the administration to create legislation that leads to meaningful change. On September 10, the Committee held a hearing titled “Housing Finance Reform: Next Steps” with Secretary Mnuchin, Director Calabria and Housing and Urban Development (HUD) Secretary Ben Carson to discuss the findings contained in the administration’s recent housing finance plan.

At the opening of the hearing, Chairman Crapo stated “the status quo is not and has not been acceptable” and he advocated for Congress to provide a wholistic, comprehensive reform plan that would be maintained through any market cycle while also urging the administration to begin with incremental steps. Ranking Member Sherrod Brown, D-Ohio, pushed back against the administration’s plan by saying he believes it would “make mortgages more expensive and less accessible,” and pushed for foundational reform that protects 30-year fixed mortgages, provides a catastrophic government guarantee, and structures loan guarantors like public utilities with a regulated rate of return.

Over in the House, Chairwoman Waters criticized the administration’s report indicating that it would lessen opportunities for homeownership and that certain portions of the proposal raise “serious concerns about the future of housing in this country, particularly affordable housing.” Ranking Member Patrick McHenry, R-N.C., had a more encouraging outlook, noting that the “proposal is a positive first step on the multi-year path” to a sustainable housing finance system.

It would be unfortunate if Congress fails to move on this issue since there are several significant reforms that only Congress has the power to enact. Among these reforms are adding funding to the capital magnet fund or housing trust fund, raising money to build workforce housing, and modernizing the Federal Housing Administration (FHA) and Ginnie Mae. Moreover, only Congress can put in place a countercyclical full faith and credit wrap that is necessary to counteract market reactions. Without congressional action, in a time of crisis, rates will increase. Simply put, it could be detrimental to the entire U.S. housing market if Congress fails to act.

Despite strong interest from committee leadership and the administration to want to implement meaningful change in housing finance reform, the question remains as to how and when it will get done. Maybe the looming issue of funding the government beyond September 30 will be a strong indicator as to whether Congress will roll up its sleeves and work collaboratively on tough issues. If it does, there may be hope for housing finance after all. But if not, the outlook may be as bleak as our morning commute: Slow moving with many stops and starts.